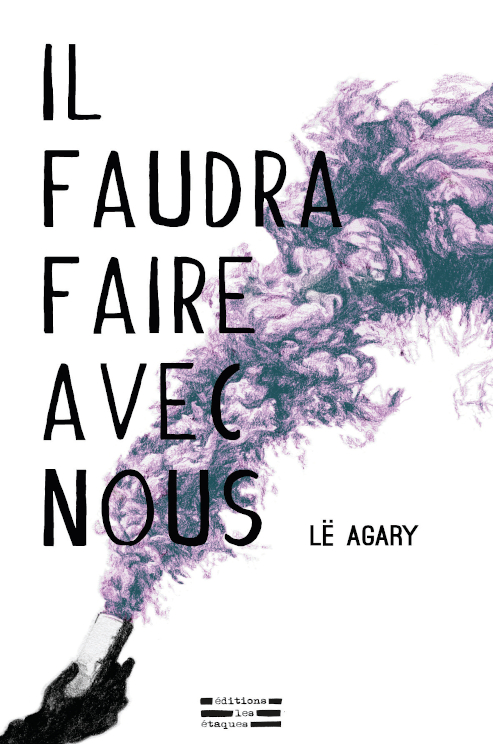 it will be necessary to do with us

« We are only two, he watches my back, i have not memorized his first name, it is better like this. The blades of the bolt-cutter go deep in the rubber with an encouraging ease. There are five pump nozzles, there is ten numbers, i am here for at least eight minutes, shiiiit. The headscarf does not hold, i do not have the time to adjust it, i am counting on my peaked cap and my head down. It is long eight minutes when something in you tells you to flee from the first second. My ears are open, if he whistles, i go straight for the dump where a bike is waiting for me on the other side. »

It will be necessary to do with us is a sabotage handbook disguised in a novel or, rather, a novel disguised in a sabotage handbook. It takes us on a journey in the steps and thoughts of an activist, who every day, struggles on many fronts to overthrow a world personified by Frank. One day trader, the next security guard, commissioner or simple soldier with a tonfa, he embodies the cynicism of capitalism and the violence of its security service. In mirror of the state's repression, Lë Agary plunges us into the tenacious enthusiasm of the revolt against injustice and those causing it. Facing media stereotypes that disqualify activism, it will be dealt with us restores to us the generous spontaneity of those who want to shake up the social order and in the mean time form audacious collectives.
author(s)

Stealthy during the day, surreptitious at night Lë Agary writes most of the time the morning whilst listening to massive sound. It will be dealt with us is his first novel.
In the medias