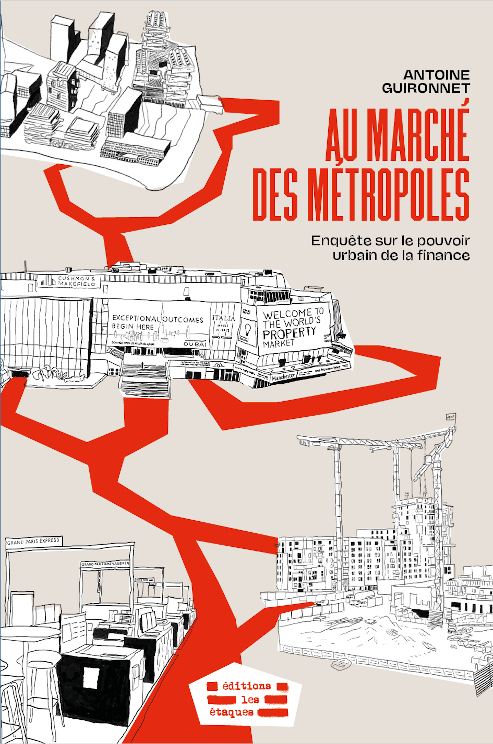 in the market of metropolises

investigation on the urban power of finance

Each year the who's who of urbanism gathers itself in Cannes for the largest trade fair of real estate of the world. Just a few months before the movie stars, english promoters, american pension funds, japanese architects, and elected representatives of french metropolises climb up the steps of the Palais des festivals.

But being true to the market that it embodies, the fair trade first and foremost roll out the red carpet for major investors to whom real estate is only a financial investment. Diving into the alleys and backstages of the Marché international des professionnels de l’immobilier (MIPIM), to the market of metropolises gives to see how the financialization of the city is played through the « accreditation » of territories by the investors.

This inquiry conducted between Cannes, Paris, London and Lyon unveil the role played by the finance in the transformation of entire areas of our cities. It provides a unique contribution to the critic of the machinery in which the capital extends its power on our everyday life.
author(s)

Antoine Guironnet is a researcher in the Centre d’études européennes et de politique comparée de Sciences Po. Spécialist of the financialization of urban capitalism, he has among other things contributed to the joint publication Le Capital dans la cité. Une encyclopédie critique de la ville published by the éditions Amsterdam (2020).
In the medias